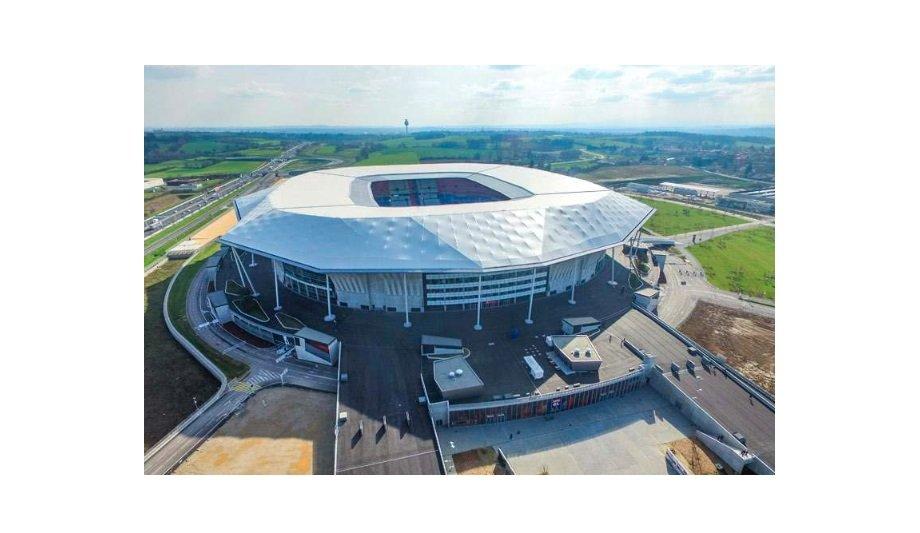 The Groupama Stadium — also known as the Grand Stade de Lyon— is a sports and recreation complex and soccer stadium that is located in the eastern metropolitan area of Lyon, France.

With a maximum capacity of 59,186 seats, the venue hosts approximately 30 events per year such as sports games, concerts, and performances. The stadium is the third-largest stadium in France and the twenty-seventh in Europe. Situated in a town with only 25,000 residents, the stadium hosts twice as many spectators at its events.